The basics of engagement are responding to people, being real, being human, and not taking it all too seriously. If you think about engagement in any social situation, listening as well as talking, telling anecdotes, little secrets, having fun, those are the same things you can also do in social media to drive engagement there too. Social media is still a part of our world.
Social media is as complex as the world we inhabit. Whatever you like to do, whatever your business is, wherever you live, with almost no exceptions, there will be a specialist social media site catering for your interests.
If you don’t believe me look up your interests combined with your city or nearest town in Google or another big search engine. You will find a lot of sites.
Birds of a feather flock together, is a well known phrase. It leads all diamond merchants to a certain street in a certain city, all world class wrestlers to the Olympics and all followers of Game of Thrones to its fan sites.
It would seem obvious then, that if you are selling books, wrestlers outfits or Game of Thrones merchandise that you will stay in regular touch with and participate in the communities that are growing up around each niche interest.
We are all more likely to follow people who have the same interests as us. I like to follow other writers on LinkedIn and Goodreads.
You will find that others who are like you in their interest or beliefs will be more likely to follow you or be part of your community. And I’m not saying that you must stick exclusively to your own group. I do think we should all be open to mixing with people of widely different interest. All I am saying is that when you are looking for engagement it is a good idea to look among people who have similar interests.
Some people wonder how to increase their numbers on Twitter. Twitter is designed as a social network where you follow people and people follow you back. A percentage of the people you follow will always follow you back. If they don’t follow you back within a few days you are within your rights to unfollow them. If they don’t want to see your Tweets then it is reasonable that you stop seeing theirs.
If you are a celebrity or have a relationship with masses of people or you’re a big brand, you should get follows by simply letting people know what your Twitter name (handle) is. For the rest of us, following people and posting interesting Tweets are the main ways to increase your followers.
The number of people you follow each day depends on how much time you want to spend on Twitter and how many followers you have now. I recommend following small numbers each day (20-50), and unfollowing regularly people who don’t follow you back. You will be able to follow more people later on, as the number of people who follow you increases over the number you are following. I can follow 50 people in 30 seconds, so this is not time consuming stuff.
On Facebook it’s all about knowing people first, for personal profiles. People consider is bad form to try and friend them on Facebook if they don’t know you. This is the opposite to Twitter, where people who don’t know you are almost always happy for you to follow them. You can Like “pages” on Facebook however, as these are the public messages of the people or organisations who create them. Pages are not personal profiles. You can create your own “page” for any project, work, role or cause you want and detail the progress of the project through posts about that subject.
Great successes have been achieved on Facebook by people who create useful pages or groups where people can post their experiences with challenging life situations, diseases, and provide practical support services.
With Facebook and Twitter it’s all about what you give back to your community too. If you want to improve engagement you can, for instance, think about the classic social support services around what you do. Is there a way to build a community page or group on some aspect of this?
On LinkedIn and Google+ there are groups and hangouts you can participate in too. The more time you spend on all these sites the more you will get back from them.
The majority of my engagement is still on Twitter, where I get immediate worldwide feedback on a minute by minute basis to my posts.
Your social media engagement strategy will depend on your specific situation.
If you want to learn about the 5 Free Social Media services that work for writers and a lot of other people, click here.
If you want someone to manage your social media for you email me now: lpobryan@gmail.com
Thanks for coming by. Your comments are truly appreciated. But anonymous ones won't get posted.

To support this site - over 100 free posts so far on social media for you to explore - please buy one of my novels, The Istanbul Puzzle or The Jerusalem Puzzle or my guide to social media. And enjoy!
Posted by Laurence at 9:28 AM 3 comments: 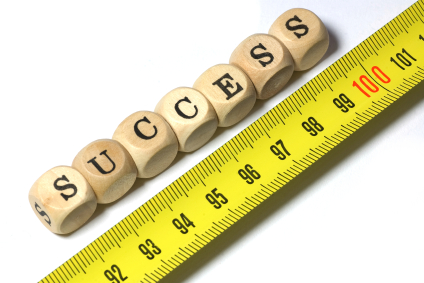 Here are three classic methods for building a loyal following, whether it be on Twitter, Facebook, LinkedIn or wherever:

1. Provide something of value. Are you an expert? Can you share some of your expertise? Are you funny? Are you talented? Find something you can deliver. Find your purpose.

2. Build trust. Trust is built through reliability, honesty, respect. Do you treat your followers with respect? Are you honest and reliable in your responses?

3. Providing something new. The new-kid-on-the-block phenomena allows everyone with something to say to get some limelight. The challenge is to maintain the innovations. Keep delivering new things and your audience will be loyal and it will grow.

What do you think builds a loyal following?
Posted by Laurence at 6:34 AM No comments:

Social media is the automobile industry and the telephone business of the 21st century combined. The people and organisations who learn how to use the power of social media will benefit and the people who want to stay shackled to yesterday's technology will slowly fade.

Over 50% of the top firms on Wall Street are investing to make social media an integral part of their business. Firms as divergent as Dell ($3 million in revenue attributable directly to Twitter posts), Jet Blue (over a million followers mainly for customer service issues), and IBM (50k in Alumni network on Facebook - just one example of success), are using social media as a core part of what they do.

These are only some of the many examples of effective use of social media. In reviewing these case studies some common themes emerged:

1. The grassroots and the top of these organisations are involved.

2. They have clear guidelines, then they let people get on with it.

3. They learn from mistakes & successes.

If your organisation doesn't get it all yet, maybe you will be the one to inspire them.

To support this site - almost 100 free posts so far on social media for you to explore - please buy one of my novels, The Istanbul Puzzle or The Jerusalem Puzzle or my guide to social media. And enjoy!
Posted by Laurence at 5:14 AM 7 comments: