Connah Broom was sent home from hospital seven years ago with eleven tumours in his body (tumours that had resisted two courses of chemotherapy), it was the doctors’ expectation that he would soon be dead.
Months previously, they had told Jim and Debbie that he might not reach his birthday in November. Then they were advised that they should have an early Xmas. It was a surprise to them that Connah was still alive four months later when the second chemo had finished. Strangely Connah had survived this second course better than the first even though it was supposed to be ‘more aggressive’. And then he gradually improved so that by the following September, frail though he was, and still riddled with tumours, he was able to start school again. What was going on?
When Connah had first been taken into hospital the previous August it was made very clear that the doctors were not in favour of Jim and Debbie going on the internet. “There’s a lot of misinformation out there. It will only scare you,” they were told. “If we’d listened to that, Connah would be dead by now,“ Jim told me.
I have written their story – entitled The Amazing Cancer Kid – and it will be published in a few months’ time (and yes, I’ll let you know!) – visit me athttp://www.fightingcancer.com.
But this is not just the incredible story of a boy with terminal cancer (yes, he still has cancer in his body – the cancer hasn’t been cured. But Connah is a robust 11-year-old who plays football and dances in a dance group) It is also a story of connections.
Jim decided to ignore the doctors’ advice and went looking for information on the internet – he was particularly keen to meet other parents who had or were going through the same experience. And he found websites and he made contact. One of these parents converted them to a number of alternative treatments (it’s all in the book!) and within weeks Connah was very quickly and noticeably improving.
There is now an informal network of parents of children with this kind of cancer all linked through the websites. The parents are spread randomly across the country (across the world) but they are able to get together to share ideas.
The doctors and the media have been and continue to be extremely hostile to alternative therapies but many cancer patients are taking the brave steps to go against this wave of disapproval and are finding that these alternative therapies are beneficial and they are sharing their stories – through Facebook and other social media. This is a subterranean movement and it is spreading and the doctors do not like it at all.
Without social media, it is likely that those who believed in such cranky ideas as that vitamins, minerals, herbs and diets could be beneficial in the face of cancer could be safely isolated as cranks. But the networks of sharing that have sprung up over the last 20 years are allowing isolated individuals to share their experience – and this sharing is synergistic. This sharing allowed me to draw from thousands of people the ideas and facts that I have included in my book The Cancer Survivor’s Bible – and I can say to you this: If you are affected by cancer (and we will all be affected by cancer at some time in our lives – our own (50%), other people’s (100%)) then, if you do not read my book, then you are not really trying.
Social media is also allowing me to publish and promote my book to the people who need it, who are out there looking.
I believe that, in 20 years’ time, the practice of medicine will be forced to change itself from the rigid drug-based enterprise it is today to one that is more inclusive of alternative therapies. And this will have been achieved by the power of social media.
(c) Jonathan Chamberlain 2013
The Cancer Survivor’s Bible – www.fightingcancer.com
Posted by Laurence at 5:56 AM No comments:

Email ThisBlogThis!Share to TwitterShare to FacebookShare to Pinterest
Labels: easy guide to why you should use social media, key arguments for using social media, social media and cancer care 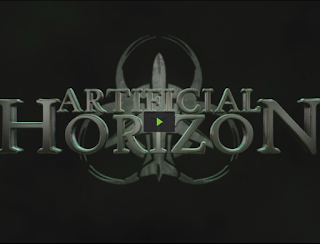 Our production company Megatopia Films has been using social media in order to generate interest in our new film Artificial Horizon, a sci-fi thriller set in an apocalyptic, post-antibiotic era.

Through Facebook, Twitter, and mostly importantly Kickstarter we have been able to spread the word and create a following of fans in a very short space of time. We’ve even started generating interest on the subject of Antibiotic Resistance through a very innovative form of message amplification called Thunder Clap.

After only a few days of using these various media outlets, Artificial Horizon has raised 23% of it’s overall goal.
For producer Luke Healy and director Anthony Woodley, Artificial Horizon is their second feature film together. Previously, the pair have worked on a handful of short films over the last few years.

Their first feature film Outpost 11, which was shot at the end of 2011, is also a science fiction drama set in an alternate past. Artificial Horizon’s creative team is made up of a group of aspiring recent film school graduates. The company has acquired renowned casting director Sharon Howard-Field who is already in talks with various high-profile actors both here in the UK and the US.

She is not only generating incredible talent for the film, but also giving the young Artificial Horizon team the opportunity to work with an experienced casting director.

The Story
Despite all the warnings about the overuse of antibiotics and efforts by the pharmaceutical companies to keep pace, an antibiotic resistant pandemic decimates the planet.  Eight survivors escape on a dilapidated 747. Little is known about the effect of the outbreak, just that it is safer to be in the air than on the ground. What lengths are the passengers and crew prepared to go to in order to survive?

Are they safe to land, and what will they find when they do? Can they outrun the pandemic, where every minute counts? Think 'Contagion', meets 'The Road', set on a 747...

Why Are We Making This Film?
We love Sci-Fi. We love thrillers. And we love films that make you think. So we are drawing on our passion and our skill to make a high quality, thought-provoking, action-packed film. While bringing you all the kicks of an edge of your seat thriller, we’re also basing our story around the very real and important issue of Antibiotic Resistance.

For More Information check out our Kickstarter Campaign here: http://kck.st/11EOAid
Posted by Laurence at 5:03 AM No comments: 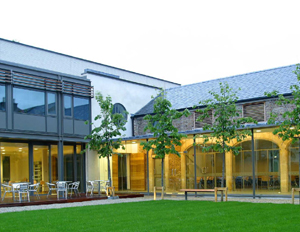 Last February I passed through NovaUCD’s doors for a seminar entitled How Small Businesses can Optimise Digital Marketing.

NovaUCD is an innovation and research centre dedicated to inspiring creative graduates, putting knowledge to work and growing and supporting new business in Ireland. Here's a couple of the speakers and the points they covered.

Laurynas Binderas @tunelis  works in Marketing Operations in Talentevo. His speech entitled Successful Social Media Strategies for Startups and Small Businesses was an interesting overview of the current digital marketing landscape and a great introductory piece.  The main message here was that using social media for brand awareness does not fully optimise online value creation. The model proposed by Laurynas was to first develop a social media strategy that will engage online influencers, learn audience behaviour, measure this influence, use it to dictate future strategies and above all – produce content.

Lee Kelly @leekelly started by addressing the often overlooked area of email marketing. Through eliciting an emotive response in the customer, email marketing can double the income return of social media.  The key was finding goals which business and consumer could achieve mutually. Find something that the consumer is tired of, express an understanding of this frustration, position your business as the answer to this problem and then provide the consumer with a ‘call to action’ ie a sign up/download/purchase.

Le also covered the automation of social media. The key is consistency – not to flood the online social sphere with content at certain hours while sharing nothing at others. A valuable tool for achieving this is the Buffer app for Google Reader. This buffered content is then automatically posted at assigned intervals throughout the coming day or week.

Abhinav Chugh @abhichugh, founder and CEO of VideoCrisp and Waybiz.com focussed on video marketing. Video is the most engaged with of all online social content – YouTube being the second largest search engine after Google.

When it comes to the average time spent on a site, video increases this by over 5 minutes. In terms of converting clicks to sales, visitors who view videos are 85% more likely to buy a product. Ways to get videos include Video Production Companies, Web Design or Marketing firms or utilising some of the do-it-yourself tool such as VideoCrisp, Animoto or XtraNormal – all of which are available online.

Don’t forget to know your target audience before choosing a format, though.

Thanks Conor for a really interesting post. If anyone else wants a guest spot and reach a 1,000 visitors a day please email me lob@yourasms.com All guest posts must be original, about social media and include a picture and links.

Posted by Laurence at 8:47 AM No comments:

This is a screen grab of the stats page of my site, grabbed today. As you can see I am getting about 1200 hits a day, which given the likely % of visitors taken from long running evidence from my other two blogs, is equal to 800 approx visitors a day.

This is the most popular of the three blogs I run.

If you would like to have 5,000 or more people see your post on social media then submit it to me and I will feature you as a guest poster and you can put links back to your site.

About 400 words and you must include a pic, which you must have the right to use!

And your links too! So if you are thinking about social media and have something to say and want to reach 5,000 or so people this week email me lpobryan@gmail.com

This is a free service!
Posted by Laurence at 3:29 PM No comments: